Chapter 1: What is Forex?

Learn the basics of Forex trading. Get the terms, history and more!

Before we jump into modern Forex trading, it's important to understand a very brief history of money and the exchange of money because the same basic principles apply to all types of currency.

Although online Forex trading is a fairly new invention, as a Foreign Exchange Trader, you are participating in an activity that has gone on for thousands of years and is necessary for the world to run (relatively) smoothly.

Here are some examples of cowrie shells. They are beautiful and you can see why they were used as currency.

As civilizations evolved, they moved away from shell money and other primitive forms of currency. Some of the earliest metal money was produced in China, in the shape of cowrie shells.

These shell shapes were then flattened and became more like the coins we know today. Some of the first coins made out of precious metals came from Lydia (modern day Turkey).

The Chinese are credited with developing the first paper currency in around 806 AD. Paper money did not become popular in Europe until many centuries later.

Regardless of what type of object was used as currency, there has always been the need to exchange one type of currency for another.

Until the entire world starts using the same currency, there will continue to be Foreign Exchange.

The Need for Money Exchange Centers 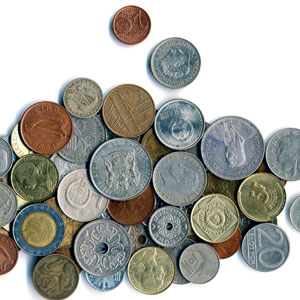 Societies naturally interacted and there became the need to exchange a foreign currency for the local currency.

For example, in medieval Europe, many towns would issue their own coins. So if an outsider came into town and wanted to buy goods and services, they would have to visit a local money exchanger first.

This still goes on today and you have probably had to do this when visiting another country. Forex Traders help make this a smooth process by providing liquidity to the market. 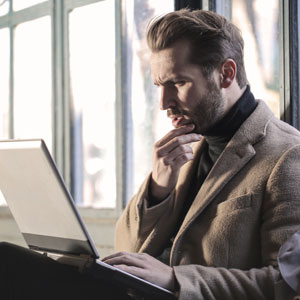 Fast forward to more modern times and the invention of computers and the internet. Online Forex brokers started popping up in the late 1990s and gave the public the opportunity to trade currencies online.

This was the start of retail Forex trading.

Retail Forex traders are traders who trade independently and do not trade for an institution such as a bank or hedge fund.

This allowed even more traders to make a living from anywhere in the world. Traders could finally easily execute trades, without needing to call a broker or have expensive technology like dedicated data lines or satellite phones.

With the invention of cryptocurrencies, we have stepped into a whole new age of currency trading. Since many of these currencies have specific use cases, there will continue to be many combinations of tradable digital and fiat currencies.

Why trade Forex? These are the highlights…

There is a long list of terms that traders use, but we don't want to bore you with the details. Here are the main ones that you need to know to get started:

You may hear certain currencies called by their nicknames. Here's a list of the major currencies, so you know what other traders are talking about:

Benefits of Forex vs Other Markets

We love all trading markets, but Forex does provide some very distinct benefits over the other markets out there. It can be a great way to learn to trade the markets, before jumping into other trading arenas.

Futures trading has very high capital requirements. You should generally have at least $25,000 in your account to be properly capitalized and even that could be considered not enough capital to trade safely, in some futures markets.

In addition, some contract months in futures are not heavily traded, so it can be hard to find someone to take the other side of your trade.

You will also need a lot of money to start trading options. Options can be less liquid than other markets because they are traded at different strike prices, which are in themselves mini markets, within each market.

If you start a stock trading account with $100, your commissions will usually be at least $14 per trade, which is already 14% of your total risk capital. That means that you will have to make 14% per trade, just to break even. That's difficult, even for the best traders in the world.

Small cap stocks may not have enough shares available for you to execute a trade that the price you want. So you will either have to pay a lot, or you may not be able to get the shares at all.

Finally, it can be hard to make money when a stock goes down. Some stocks simply don't have shares available to short (borrow). Forex provides equal access to long and short trades.

Now that you understand the basics, let's move on to the next chapter…