What’s the Difference Between a Bail-Out and a Bail-In?

Learn the difference between a bail-out and a bail-in and why traders need to know the difference. Also learn how banks can fail.

Home / Trader Life / What’s the Difference Between a Bail-Out and a Bail-In?

These are important concepts to understand to protect your money, so read this post carefully. I'm going to explain the difference between these 2 terms and how you can apply this knowledge in times of uncertainty.

In a bail-out, the government gives banks money to help the banks stay in business. A bail-in is when a bank exchanges customer deposits for bank stock, at the bank's discretion. This exchange is also done to prevent the bank from going out of business.

How is this all possible? Is it even legal? Keep reading to get all the details.

How Banks Get Into Trouble

Before I get into the difference between bail-outs and bail-ins, it's very important to understand how banks get into trouble in the first place.

Once you understand these reasons, you'll have a better idea of how bail-outs/ins help banks stay in business.

As you probably know, there is such a thing as broker risk. I've been warning people about it for years and it's one of the key risk elements that you need to be aware of as a trader.

You can read more about it in this tutorial on broker risk.

The remedy for broker risk is to leave a good portion of your money in your bank account. That's usually a safe place when times are good.

But if the economy starts to go bad, then you also have to consider that the money in your bank is at risk too.

There are many ways that a bank can get into financial trouble, but here are the 2 most common reasons.

There are many different scenarios that could cause this. In our current market conditions, unemployment is going to be the biggest problem facing banks.

When people lose their jobs, they can't make their loan payments.

Another issue that can cause defaults is when the banks make loans to people who do not have the ability to repay them. We saw this in the 2008 financial crisis where mortgage brokers were giving out “fog a mirror” loans.

If you could go into the office of a mortgage broker and fog a mirror, you could get a loan.

Loose lending guidelines can lead to many defaults.

This is the most devastating problem that a bank can face. A bank run is when a majority of customers of a bank all withdraw their money at the same time.

In order to understand why this is such an issue, you first have to understand Fractional Reserve Banking. Here's a good video that explains how it works.

So borrowed money is counted as “reserves” in other people's accounts, to lend even more money.

For example, let's say that Mary borrows $100,000 from a bank to start her business. She doesn't need that money right away, so she puts that money in her bank account.

Then the process gets repeated over and over again.

That's why banks are so profitable.

What to hear something even scarier?

As this article is being written, the Federal Reserve Board recently changed its rules and have said that the minimum reserve is now zero.

That means banks don't have to keep any reserve for every loan they make!

So they are free to lend out the full amount of money in your bank account. If anything goes wrong with the loans that were made with your money, it's ALL gone.

Now that you understand how banks can get into trouble, let's dig into the 2 options that get them out of trouble.

A bail-out is straightforward.

A government feels that certain companies (like banks) are essential to the economic health of a country, so they give those companies or organizations a loan to stay in business.

Sometimes the banks have to pay back the loans, sometimes they don't. It just depends on the terms of the loan.

These banks are considered “too big to fail.”

Therefore, the taxpayers end up paying for these failing companies.

The biggest issue with a government bail-out is that a company has to get approval from the government to get the bailout. 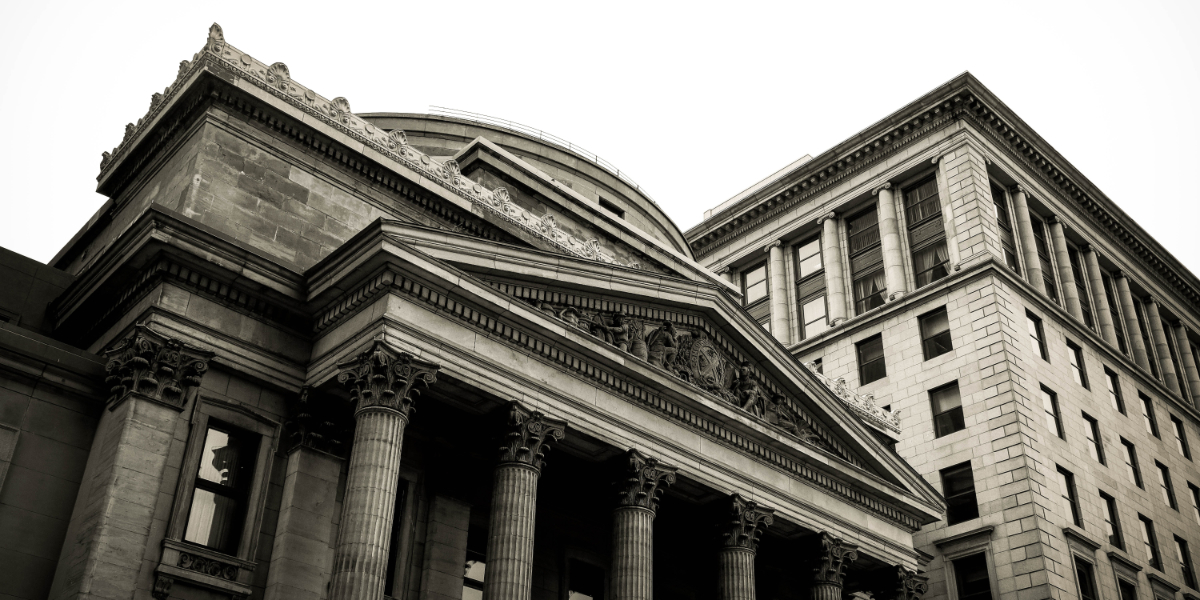 The most famous bail-out in recent history was the $700+ billion bail out of the financial sector by the US Government. This happened after the 2008 financial crisis that was created by the irresponsible use of Collateralized Debt Obligations (CDOs) and other similar mortgage-backed derivative products.

Other notable bailouts in US history include:

Banks in Greece were in trouble during the 2008 and had to resort to bail-outs. Greek banks only allowed customers to withdraw €60 per day.

That limit was later increased to €5,000 per day and was only lifted 3 years later.

As you can see, a financial crisis can have a sudden, debilitating and long-lasting effect on people.

There are many other smaller examples throughout history, but those are the recent highlights.

Here's where things get a little more complex.

A bail-in is basically the ability of a bank to use customer funds to keep the bank in business. It's not quite stealing because the bank gives its customers stock in the bank, in exchange for taking the cash.

In other words, a bank can just dip into your account and take funds out, whenever they want.

Would you want stock in a failing bank?

But that's how the banks justify taking your money.

From the bank's perspective, it's a much better solution because they don't have to beg politicians to get the money they need to stay in business. Politicians can be reluctant to institute bail-outs because that money is coming from taxpayers.

If enough taxpayers get angry that their money is being used to prop up large corporations, that doesn't reflect well on the politicians.

However, if a bank uses a bail-in, they piss off much fewer people and don't have to get approval from a third party.

This is all perfectly legal of course. In the U.S., the Dodd-Frank Wall Street Reform and Consumer Protection Act was passed in 2010.

Here's a great video that explains it all.

What About FDIC Insurance? 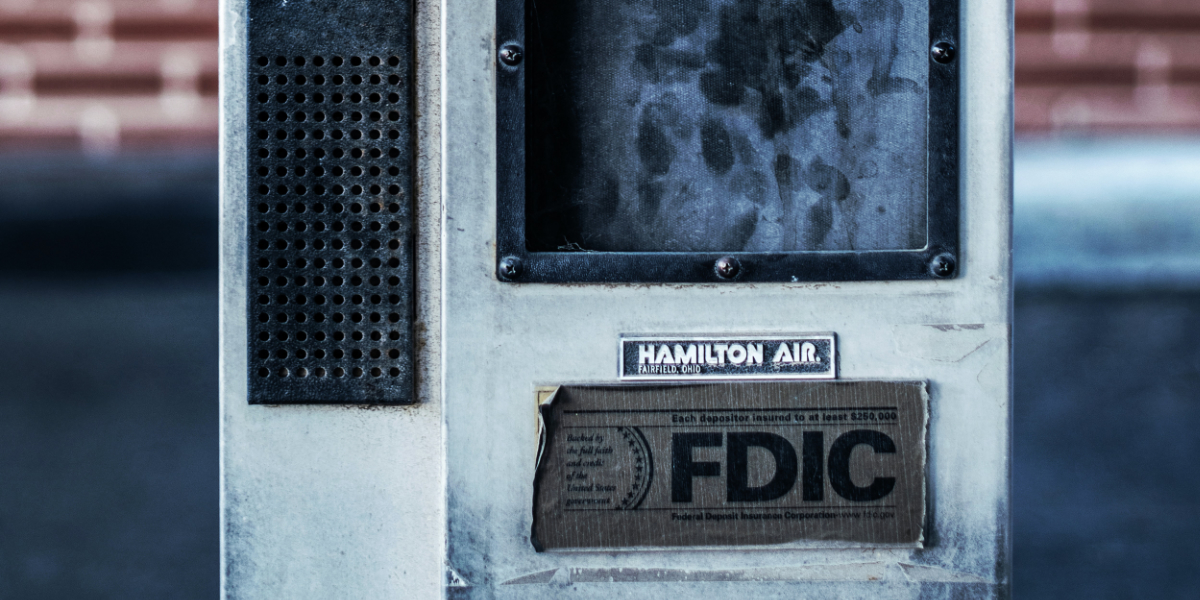 But I'm sure that you've seen the “FDIC Insured” sticker that is pasted all over your local bank. It says that deposits are insured to at least $250,000.

That's somewhat reassuring…but there are 2 catches.

Yeah, not as great as it initially seems.

Don't think that this can happen in the real world?

Cypress was one of the first countries to do a bail-in during the 2008 financial crisis. Customers with over €100,000 were forced to “donate” money to the bank to help keep the banks afloat.

Greek citizens are now suing Cypress for damages that total over €307 million, plus interest.

So What Should You Do Next?

Now that you have this information, here's what you can do next, to protect your money. Remember, knowledge is not enough, you need to take action.

The first thing you should understand is the financial health of the banks that you keep your money at.

If you don't know how to determine the health of a business, then start by doing some research on how to read a balance sheet. You can start with this article. It's not hard to do, once you understand how a balance sheet works.

The hard part can be finding that information. You can see US bank filings here.

There's also the chance that they can be “cooking the books,” or reporting false information. Some large banks don't publish their derivatives trading.

Therefore, after you investigate the balance sheet, you should dig deeper into news stories and figure out ways to uncover assets and liabilities that don't appear on their balance sheet or website.

Understanding the overall health of your banks will go a long way to protecting your cash.

If your bank isn't in good shape, then move your money to a bank that is more financially stable.

Also consider alternative investments like gold or Bitcoin. To learn how to buy Bitcoin for the first time, read this blog post.

Physical gold is a great way to store your wealth, but also remember that you'll need to pay for things online. That's where Bitcoin comes in handy.

Success in trading is all about risk management.

Do your homework, get educated, and you won't end up like the 90%+ people out there who aren't paying attention.

At the end of the day, banks are going to look out for themselves, not you.

So get educated and be ready to do what's in your best interest.