How to Draw Support and Resistance With Confidence

Drawing support and resistance levels can be confusing in the beginning. Here's the exact process of how to draw the best lines, for maximum profit.

Home / Trading Strategies / How to Draw Support and Resistance With Confidence

When you first learn about support and resistance (S/R) levels, it seems a little like voodoo. Price seems to magically hit a support or resistance level, and turn on a dime.

“This is easy,” you think to yourself, as you go through the price action trading course.

But when you actually draw the levels yourself and try to trade them in real-time, it's a whole different ballgame. The levels you draw seem to get violated all the time.

If you haven't tried this yet, give it a whirl. I struggled with it for a long time.

The key is to learn how to draw support and resistance levels correctly, so you give yourself the highest probability of success.

Why Support and Resistance Works

Why Support and Resistance Levels Fail

How to Draw Support and Resistance Levels the Right Way

Look for the Next Major Support and Resistance Levels

If You are Really Stuck, Then Switch to a Line Graph

Why Support and Resistance Works

At first, it may seem weird to be drawing these lines on your chart and expecting price to react when it reaches a line.

But there is a reason why support and resistance trading works.

When we buy and sell anything, there is a price range where an item is considered cheap, and when it is expensive.

For example, would you pay $1,000 for a cup of regular coffee at Starbucks?

Starbucks coffee is probably a little overpriced as it is, and that's fine. 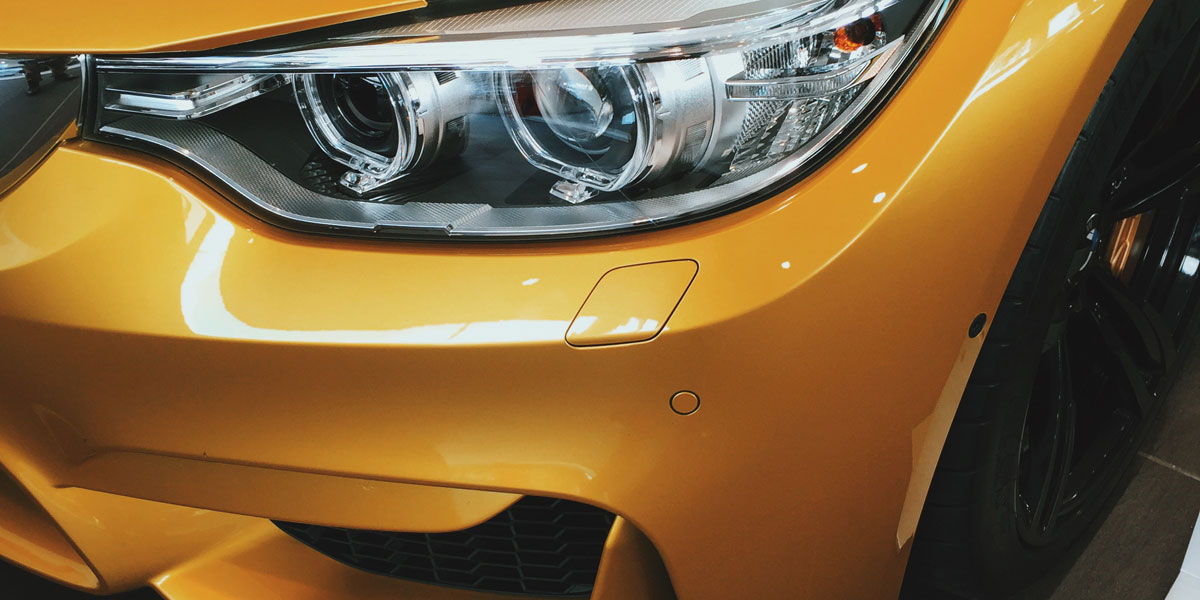 You get my point.

Currencies prices operate on a similar principle of “cheap” and “expensive.”

The only difference between currency pairs and a cup of coffee is: What is considered cheap and expensive in Forex, changes by the minute. For example, here are examples of areas on an EURUSD chart where cheap and rich has changed over time.

Also notice that the more times a level is tested, the weaker it becomes. 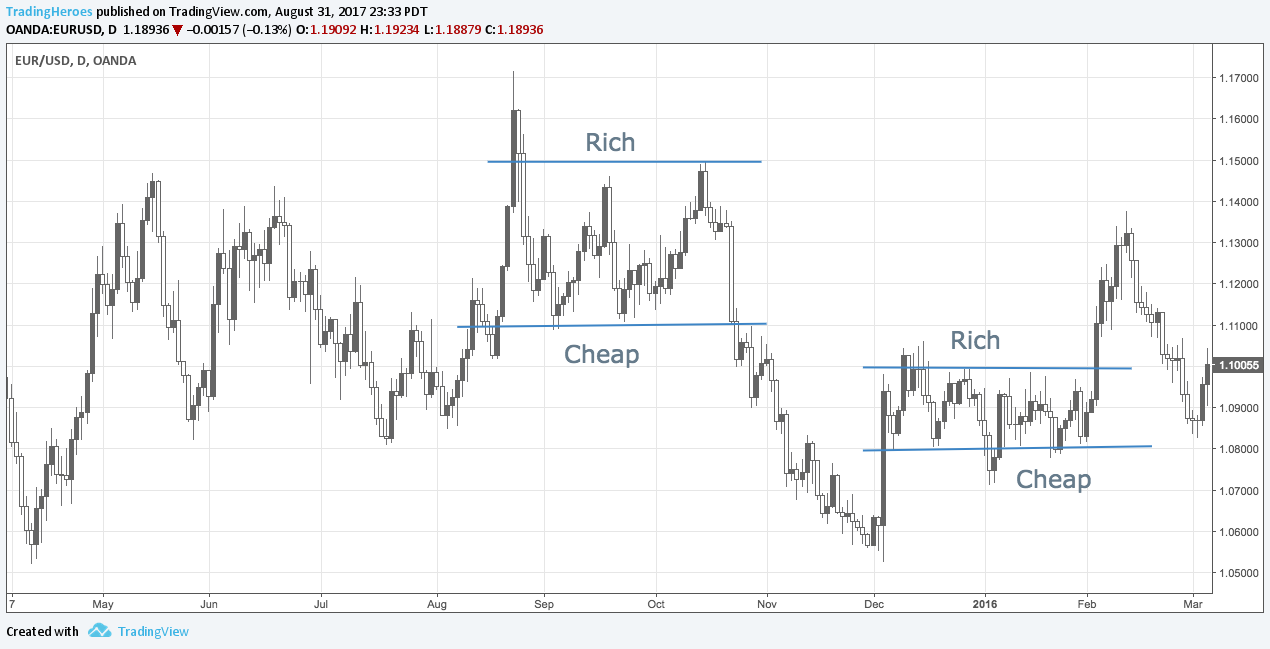 Traders remember these cheap and rich price levels. That means that there can be big orders and existing positions sitting at these levels.

If the price of a new M3 could ever reached $30,000, buyers would probably have an alert setup on their phone or they would have a dealer call them. Obviously, this would never happen, but it illustrates the point.

This would be the support level for M3 prices.

In a similar fashion, 1.1200 might be cheap for the EURUSD currency pair, this week. So every time price reaches that price, traders will buy the pair, which will drive the price up.

Once you understand the principle of cheap and rich, and how the markets “remember” these levels, support and resistance makes perfect sense.

But it's not a guarantee…

Why Support and Resistance Levels Fail

Let's get something straight right now…

Support and resistance levels are NOT hard lines.

Price does not have to bounce at that level. They are merely zones where price has a good probability of turning.

If you think of them in this way, they become much more useful.

…and a lot less frustrating.

…and that's a very good line.

However, some traders will look for price to bounce off 1.1441 exactly and head back down.

But in reality, this level is more of a zone. Like a trampoline, it has some give.

As we move this chart forward, we see that using this zone is much more useful in giving us a good level to take potential short trades. Even if you just draw a single line, you should understand where the other edge of the zone might be.

With this in mind, there are two basic reasons why support and resistance levels fail.

First, some traders simply don't draw them correctly or don't think of them as zones. How do you know if you have drawn a zone correctly?

Well, there are no guarantees. But price will either respect the level, or it will at least have a significant pause at that level, before breaking through.

I'll get into the exact process of how to find the best levels, in a bit.

Second, the market move is so strong, that the support or resistance level does not hold.

You are going to be wrong some of the time and even the best drawn levels do not hold.

So if a level gets broken, now you know why it happened.

When it does happen, first ask yourself if you drew the level correctly. If you did, then there is nothing more that you can do about it.

Don't sweat it and move on…

How to Draw Support and Resistance Levels the Right Way

Here's a list of the steps for figuring out how to draw a good level. After the list, I'll go over each step in detail.

Look for the Next Major Support and Resistance Levels

You don't have to draw every single S/R level on your chart. That will drive you freakin' nuts.

…kinda like having too many indicators on your chart.

All those lines will talk you out of good trades.

But a few good lines will give you clarity.

So draw just one support level below the current price level and one resistance level above. Don't be too concerned about being exact at this point.

Just draw it in a place that makes sense to you right now. We will optimize it in the next step. 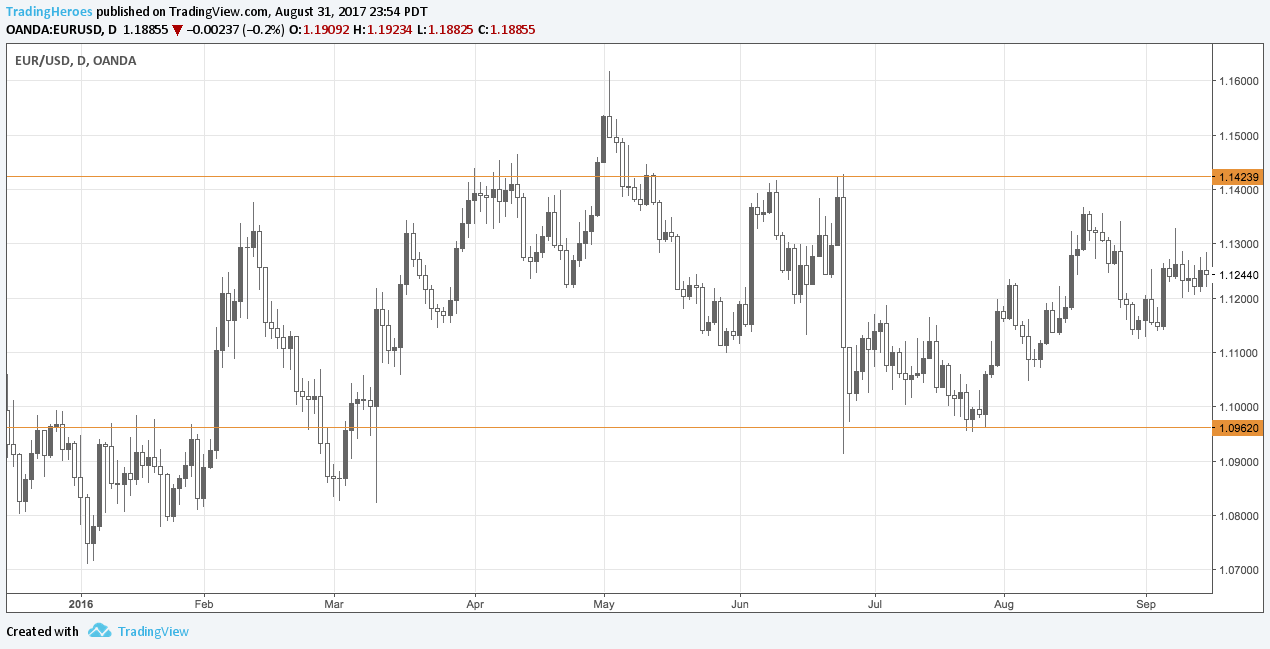 Remember that you are looking for a major support level and a major resistance level.

Here's how to tell if it's a major level… 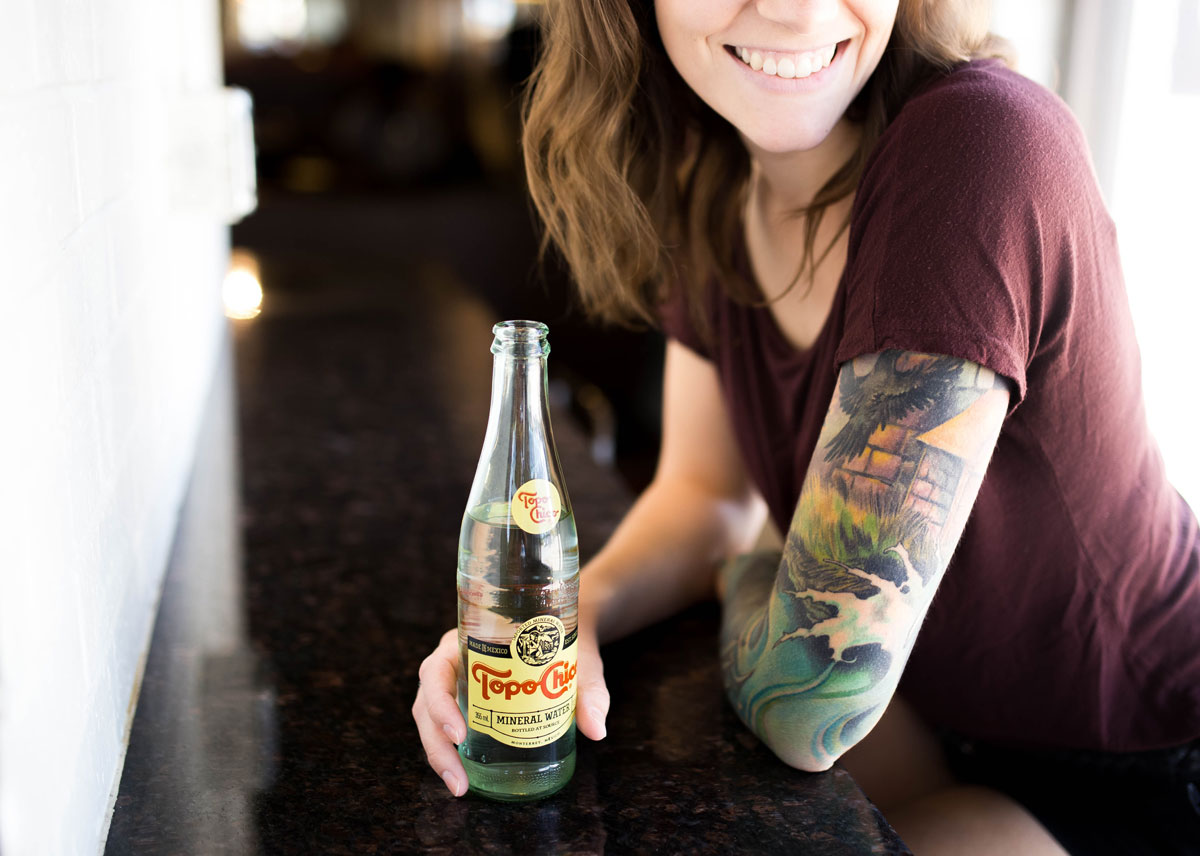 Now that you have drawn two (and only two) lines on your chart, it's time to examine if those lines are positioned in the best possible place on your chart.

The easiest way to figure this out is to see how many times price has hit this line. You will usually have to adjust your line a little so it hits as many points as possible, above and below your line.

In the example above, I think that both lines are drawn in a good location. Price hits those lines from the top and bottom several times, showing that they are significant levels.

Price might break your line more times than you are comfortable with. Occasional big breaks can be OK. Sometimes price just needs to break out of the zone for a bit, to clear out existing orders.

One such pattern to watch for is the “elbow.”

What the heck is an elbow?

It is simply a type of rotation point where price failed to hold the line and price snapped back. I wouldn't trade elbows by themselves. But if your lines fall on these levels, it is a good indication that the level is valid.

Here's another example of a significant elbow. 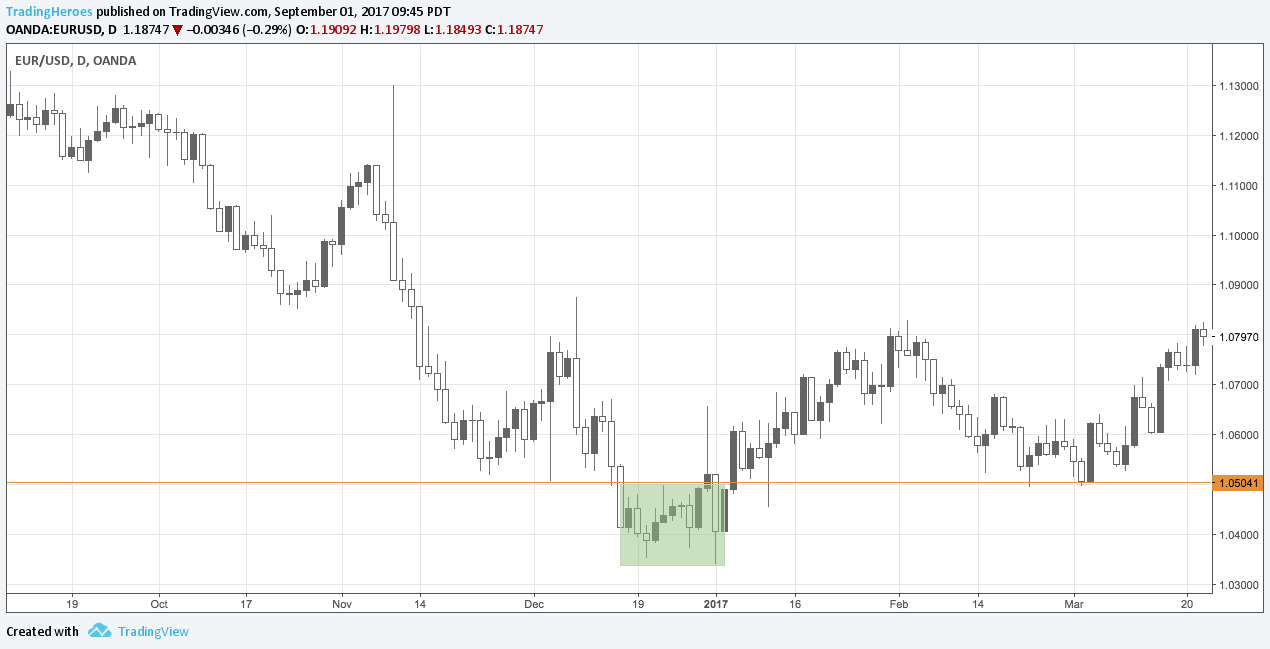 Also pay attention to the wicks and bodies of candles. I would give a body more weight than a wick. In the charts above, you will see that the S/R lines pass through several wicks, but not very many bodies.

Well, don't pat yourself on the back just yet. Now it's time to scroll back on your chart and see if those levels still make sense.

You don't have to go back to the beginning of the chart. But at least look at recent history and also check the next higher timeframe.

If we scroll back on the first chart in this section, we see that these are very good support and resistance lines because they are still valid with older data. 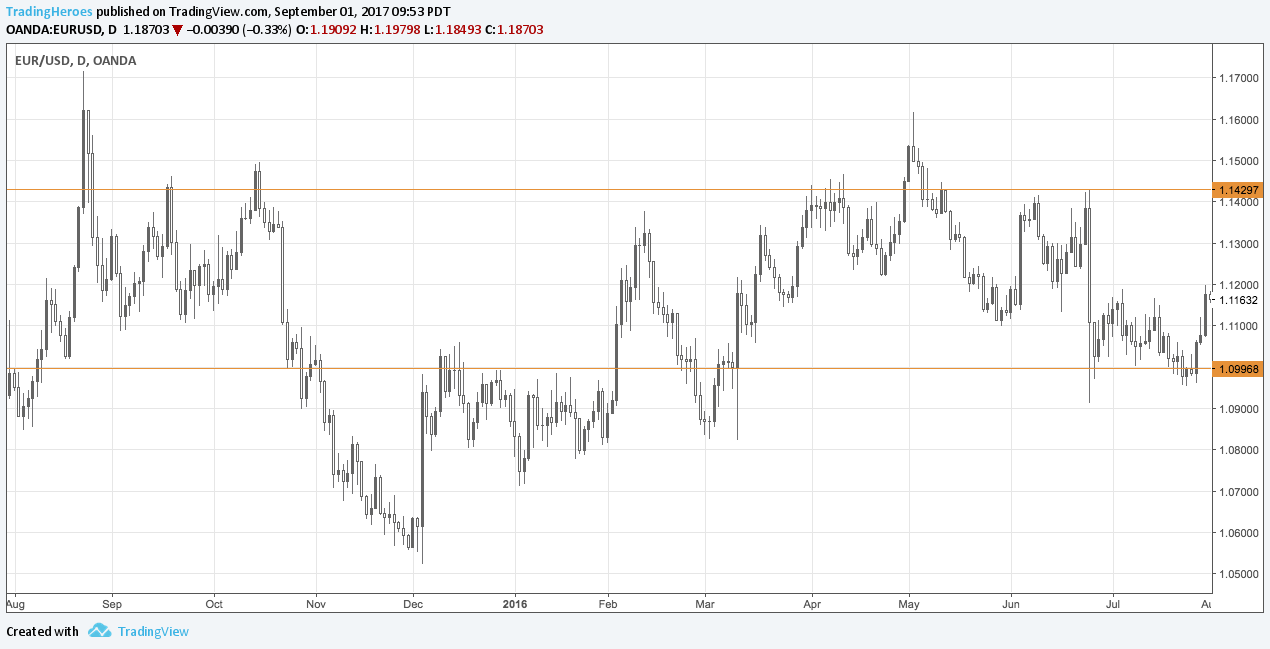 When you see this, it will give you more confidence that you have drawn the right support and resistance lines.

Remember, what is considered cheap and rich, changes over time. So your historical levels might not match up exactly with your current levels.

But as you get some practice, you will start to see which levels are more significant.

Now repeat the process to find a second set of support and resistance levels. You need these levels to give you good profit targets or stop loss levels.

Here is what the second set of major S/R lines would look like on the previous chart. 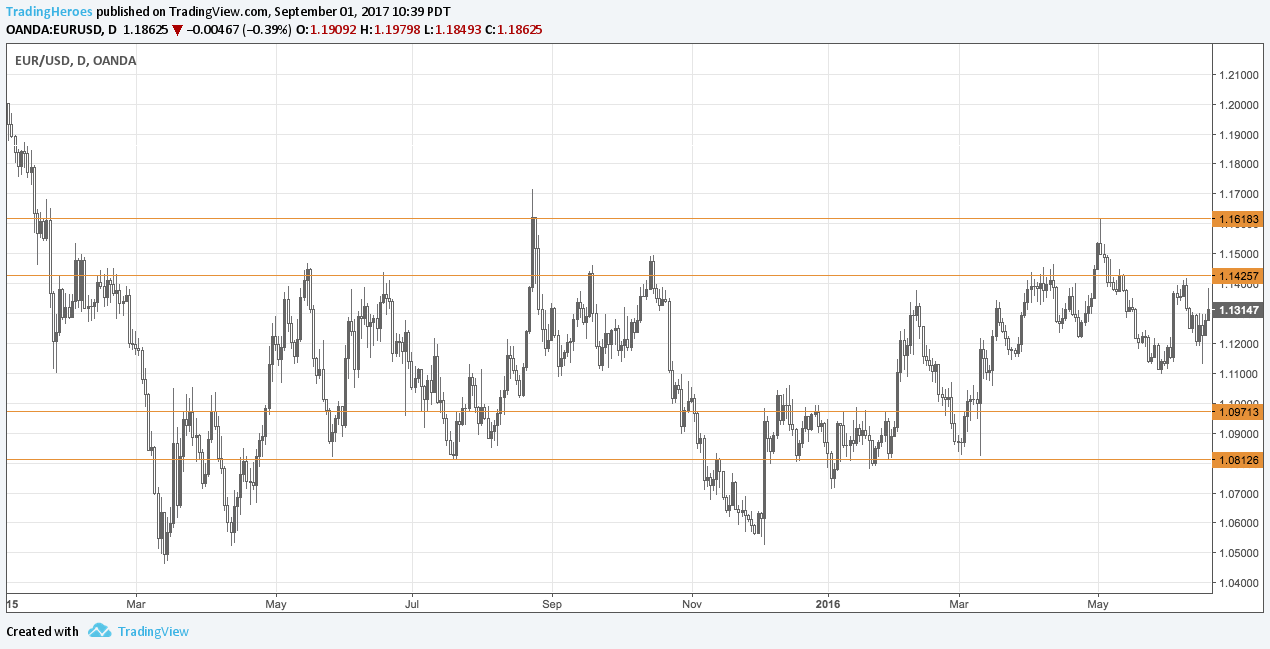 …and that's all you need to make your next trading decisions for this currency pair, based on support and resistance.

In this example, the next major levels are pretty close. They are more like the other side of the zones. So you might be better off waiting for price to react to the outer lines than the inner lines.

If You are Really Stuck, Then Switch to a Line Graph

I learned this one from my friend and mentor Walter Peters.

If a candlestick chart doesn't provide an obvious support or resistance level, then switching to a line chart can help a lot.

Since a line chart only gives you the closing price, it shows you the final price that traders decided on, at the end of each time period.

This is very important information. In the battle between the bulls and the bears in each candle, it will show you who won.

For example, it can be difficult to see the resistance level on this chart. This might be my first guess at drawing the line, since it touches most of the candle wicks. 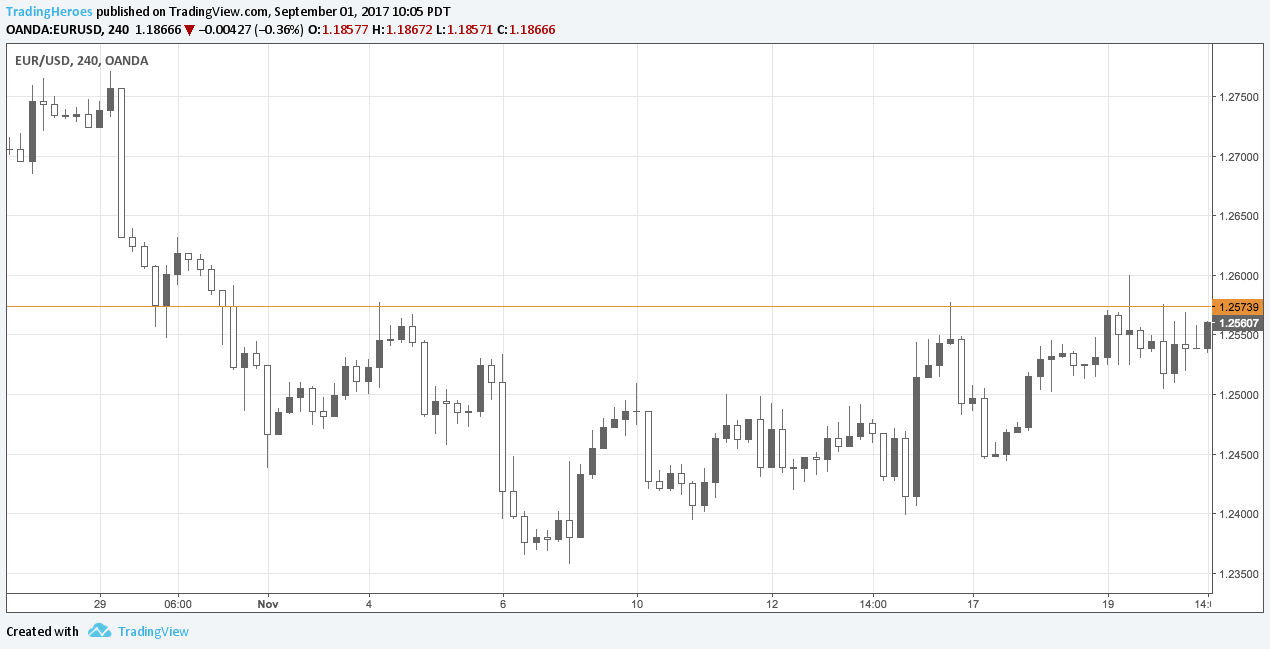 But I wouldn't be totally sure about that one. When I switch to a line chart, this level becomes more obvious.

Now when you jump back to the candlestick chart, here is where the line ends up being. This is a better level, in my opinion, because it incorporates more of the major price reactions.

Again, support and resistance levels are more like zones than exact lines. But more precise lines can save you a few pips in your entry price or exit and greatly increase your return over time.

Now you know how to draw support and resistance lines. The only way to get good at this is to practice in live market conditions.

So practice as often as possible. Add support and resistance lines to charts that you aren't even interested in trading.

Then add your prediction of where price will go at that level. I like to use an arrow in TradingView.

When drawn properly, horizontal support and resistance levels can be powerful places to enter trades and set great profit targets.

It's not an exact science. But just like anything else in trading, you are just looking for an edge.

…and support and resistance lines can give you that edge.