Find out what being a fighter pilot has in common with being a currency trader. This post will compare the two and show you that they might not be as different as you think. 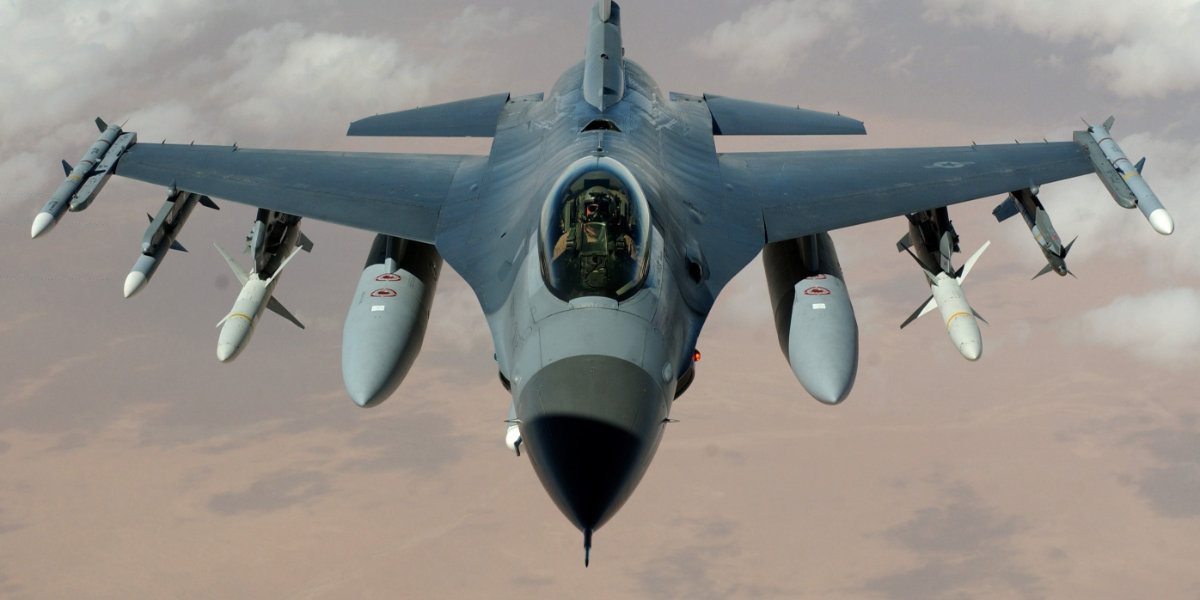 “There's no such thing as a natural born pilot.”
-Chuck Yeager

Charles “Chuck” Yeager is an American icon. He started his military career as a mechanic. But in September 1942, he entered the pilot training program and became a fighter pilot, flying P-51 Mustangs during World War II. After the war, he became a test pilot, and on October 14, 1947, he became the first man to officially fly faster than the speed of sound.

He later commanded fighter squadrons during the Vietnam War and was featured in The Right Stuff, a book that was turned into a movie, in 1983. He retired from the Air Force as a Brigadier General in 1975.

The point is that Chuck Yeager knew a thing or two about flying. Why am I talking about an Air Force pilot on a trading blog? Because every time I talk to someone who thinks that trading is something they can just “pick up” in a month or two, and start making money right away, I always think of this quote from Mr. Yeager.

There's No Such Thing As A Natural Born Trader

Just like there are no natural fighter pilots, I believe that there are no natural born traders. Sure, some people may be a little better than others in the beginning, but it still takes hard work to become consistently profitable. Early success is often blind luck and gives aspiring traders a false perception of innate talent.

I have never been in a fighter jet, much less flown one. The closest I have gotten is taking the wheel of a single engine plane over Los Angeles, for about 10 minutes.

Here is how I see it…

You Have To Overcome Fear

Just getting into a jet fighter requires overcoming many fears in itself. Then you have to fly directly at other jets who are trying to shoot you down with heat seeking missiles? Not for me, but I'm grateful that some people are able to overcome their fears and do it.

Success in both these endeavors depends on training yourself to do the right thing when you are in a stressful situation. Luckily, trading can be much less stressful than flying a fighter jet, if you get educated. But when you are in a bad trade with too big of a position size, it can feel like a squadron of enemy planes are out to get you. Our natural reaction is to run from fear, but these to activities require that we stand up and face it.

You Have To Know When To Pull The Trigger

If you want to stay alive in a dogfight, you need to be well trained and take controlled risks. When you see your shot, you have to take it. When there is no shot, you need to save your ammunition.

The natural instinct of most people would be to keep firing until they hit something. Which usually results in them hitting nothing and being out of ammo or money. Only the trained pilot or trader knows when it is a good time to take the shot and when to hang back.

You Have To Be At The Top Of Your Game

Do you think that they are going to let someone with terrible eyesight and slow reflexes fly a multi-million dollar fighter jet flying at 1,500 mph? No way.

Pilots need to be in peak physical and mental health to operate these complex and dangerous machines.

In a similar way, trading requires that you are at the top of your game, both mentally and physically. Yes, physically. If you are not in good shape, you will get tired and lose focus when trading.

You have to have confidence in your trading methods and be alert enough to execute them properly.

…and you have to be aware of when you should take a break and not chase bad trades.

Not staying on top of your game can cause your trading account to crash and burn.

Most people do not understand that trading takes intense training and concentration. They think that they just have to click a few buttons and money will appear in their account.

Being a fighter pilot or a trader takes a lot of training and discipline. Nobody is naturally good at them because they go against a lot of our basic human instincts.

So if you think that Forex trading is something that you can learn in a weekend and start making money consistently next week, you have another thing coming.

You won't be a fighter pilot in the Air Force by using a simulator on your computer and you sure as hell won't be a consistently profitable Forex trader by watching some videos on YouTube. However, if you want to make guaranteed extra income to pay some bills, I have just the thing for you.

It's called a second job.

Think about how you make a living now. Did you learn that overnight? Chances are, you went to 2-4 years of college or some sort of trade school to learn that skill.

What makes you think trading is any different?

Being a fighter pilot or a currency trader can sound pretty damn sexy.

It takes work. A lot of work.

What do you think?  Are there natural born traders?  Let us know in the comments below.

You only need 1 really good trading strategy. Focus.
Nobody understand everything. Double check your assumptions. Double check others.