Non-Fungible Tokens Explained: How They are Changing the Face of Trading

A few NFTs are selling for millions of dollars. Let's take a look at what NFTs are and if they are the real deal or not.

Home / Trading Strategies / Non-Fungible Tokens Explained: How They are Changing the Face of Trading

Non-Fungible Tokens (NFTs) have exploded onto the scene with astronomical market values. But you might be wondering what they even are and if you should get involved.

This opens exciting possibilities for artists in particular because they can make money directly from their fans, instead of having to go through middlemen.

So let's dig into this exciting market and find out why they are an amazing invention, how they work, and how you can get started in NFTs.

The Most Valuable NFTs

If you haven't seen how valuable NFTs currently are, I'll show you a couple of examples first. The sales prices might surprise you.

Everydays: The First 5000 Days by Beeple

Perhaps the hottest NFT artist at the moment is Beeple, the artist name of Mike Winkelmann. He makes short films, VJ loops and digital artwork.

His NFT went for a record $69.3 million. It's a digital collage of his daily artwork from his first 5,000 days of creating one piece a day.

This is a mind-blowing amount of money, but it's also a really cool work of art. I could see this going up in value in the future because of the sheer amount of work that went into each picture and because it's the first purely digital artwork sold at Christie's.

I don't understand this one.

Cryptopunks are a set of 10,000 randomly generated pixelated characters that are stored on the Ethereum blockchain. These characters were invented by Larva Labs.

The highest sale to date has been the Cryptopunk with a headband, going for $7.58M, according to the Larva Labs website.

These digital artworks were given away for free initially, but soon started to trade for large sums of money.

I think this is a fad, but I could certainly be wrong.

Other NFT Projects to Watch

Kings of Leon are the first band to release an album as a NFT. They actually launched 3 separate NFTs.

Now that you have some background on the current state of the NFT market and some of the possibilities, let's get into the nuts and bolts of how they work.

The key term in NFT is “non-fungible,” so let's take a minute to  explain what this means. You probably understand what fungibility means on an intuitive level, but never knew there was a word for it.

When an item is fungible, all items of that type have equal value and can be exchanged for one another.

This is the key component of currencies, it's what makes cryptocurrencies an effective medium of exchange.

However, when something is non-fungible, it has its own unique value and cannot be traded for another similar item.

So non-fungible tokens can't be used as currency, but they are good for one thing…identifying unique assets. The obvious application is they can be used to identify collectibles such as digital artwork.

I'll get into the details of how this works later on in this post, but for now, understand that NFTs are used to identify unique objects.

What's the Difference Between a Coin and a Token?

If you're new to cryptocurrencies, you might think that a coin and a token are the same thing.

In order to completely understand a NFT, it's important to understand the difference.

A coin is the native cryptocurrency of a blockchain. For example, these are native coins.

Tokens are cryptocurrencies that are created on top of another blockchain. Blockchains like Ethereum allow developers to build applications on top of the blockchain with programs called smart contracts.

For example, these are just a few tokens created on the the Ethereum blockchain:

In order to transfer these tokens to another wallet on the Ethereum blockchain, it requires that you pay a gas fee in Ether, which is basically a transaction fee.

Other examples of blockchains that allow other tokens to be built on them are:

Smart contracts basically enforce the rules of the application or ecosystem. They are like real life contracts except they cannot be broken because they are programmed into the blockchain.

For example, let's say that you want to buy a car from a shady seller on Craigslist. You meet up in person and you like the car,  so you hand over the cash. The seller could take your cash, then run away without giving you the title to car.

Not likely, but it could happen.

However, if the title to the car and the cryptocurrency were both on a blockchain, the smart contract could be written such that both parties would have to sign off on the transaction in order for it to go through.

Once both parties sign, ownership of the title and the crypto would be simultaneously swapped. The smart contract would handle the escrow process. If only one party signs off, then after a time limit, the crypto and the title would go back to their original owners.

So in reality, smart contracts aren't really that smart. They are actually quite dumb because they enforce some very simple if-this, then-that rules.

But they are fantastic for automating routine tasks, like managing the ownership and sale of digital assets.

How do Non-Fungible Tokens Work?

Alright, now that you've seen how far NFTs have come and understand the terms, let's get into the nuts and bolts of NFTs.

Right now, there is one main type of NFT on the Ethereum blockchain: ERC721.

There are several different types out there, but this is the one most people are currently using.

You can think of these types of NFTs as spreadsheets, where each type of NFT has different column headings, depending on what the NFT will be used for.

One huge benefit of NFTs is that the original artist gets a cut of all future sales. In the past, if an artist sold his painting for $10,000, that's all he got.

It's a great way to reward artists for their work and helps them create more art.

How to Make a Non-Fungible Token 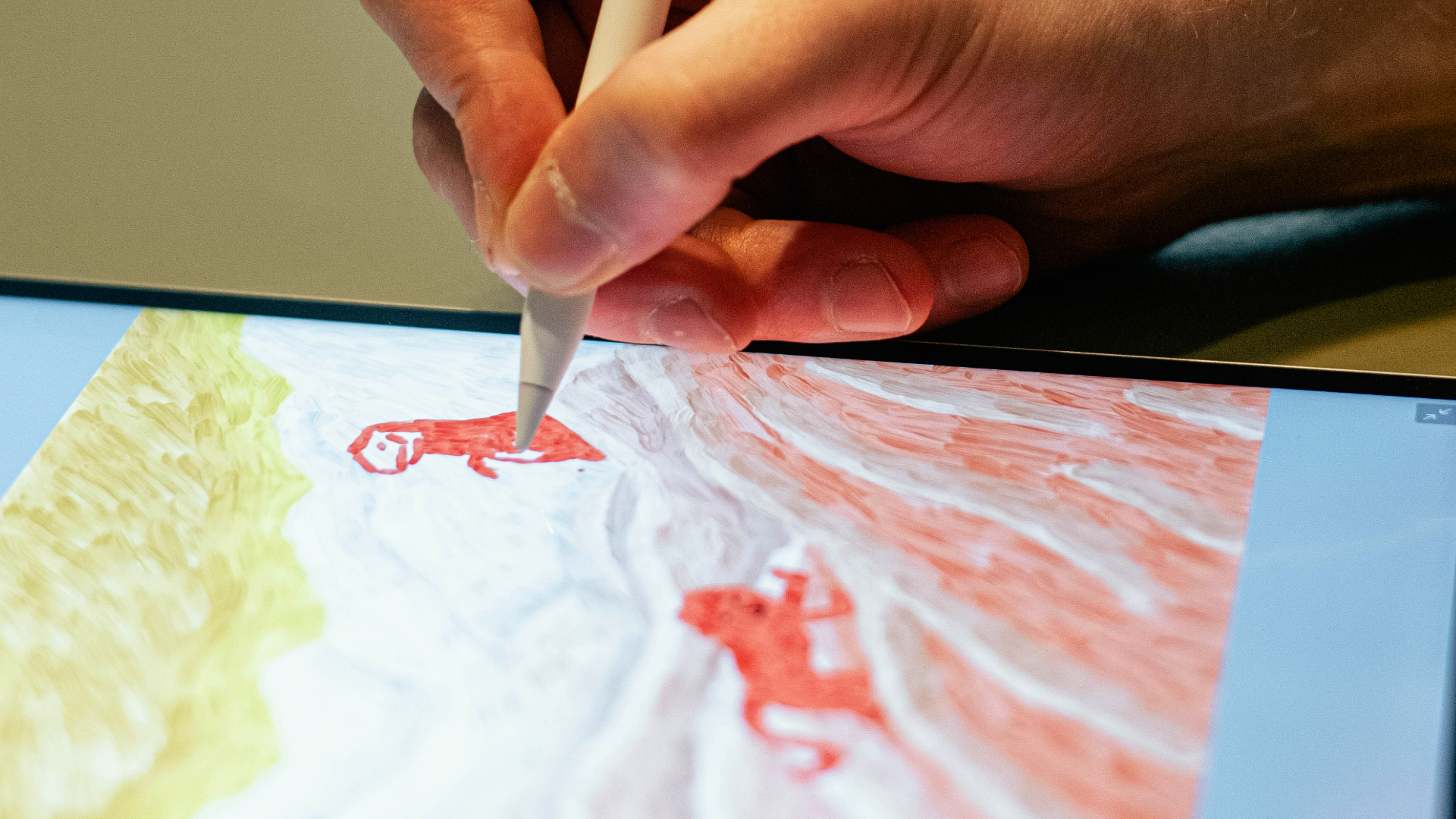 So you're probably wondering how you can get in on the action.

First of all, let's get real. You aren't going to draw up some crappy picture in Microsoft Paint and sell for millions of dollars on your first try.

However, if you can create something of real value and you want to do a fun experiment, then this is a fantastic little project for you to do in your spare time.

You can start to learn the market and potentially launch a very profitable NFT in the future. Creating NFTs can also help you identify the best NFTs to invest in.

Step 1: Decide What You Want to Create

Are you good at drawing? Or maybe you love photography.

Start with something you love.

If you make another me-too pixel character, you'll get lost in the sea of crazy characters and memes that are already out there. But if you create something unique, you're more likely to fail, but you could also blaze a new trail and create something very valuable.

Remember that this is a very new market, so something novel could do extremely well.

Step 2: Find a Marketplace to Sell Your Item

Next, find a marketplace to list and sell your item. Marketplaces have different procedures and requirements to list your NFT. I can't possibly go into them all here.

So if you're interested, you can research that information on your own.

But you can start with this list of marketplaces:

Your first piece might not sell. But keep at it.

Study what is selling in the marketplace and how you can put your own spin on it.

You'll probably have to try a few different things before you start to see sales. But have fun and keep at it.

A couple of areas that I could see the average person creating potentially valuable NFTs are in music and videos.

For example, an amazing interview with someone who rarely does interviews, could be a great video NFT.

Music downloads could be paid for on the the blockchain and there could be music players that would only play a song that was purchased through a linked wallet.

Later on down the line, NFTs might be a good way to also prove ownership of physical collectibles, like what Falcon NFT is doing.

The Downsides of NFTs

We are in the very early days of NFTs, so there are still some downsides.

The biggest one is that a majority of NFTs are hosted on the Ethereum blockchain. I'm not a fan of the Ethereum project because it suffers from many of the issues that Bitcoin does, high transaction fees and slow transaction speed.

But my biases aside, there's already a ton of NFT volume being traded on Ethereum, so it's the place for NFTs, at least for now. I'm keeping my eye out for better platforms though.

Final Thoughts on the Future of NFTs

The NFT market is still young, so we are seeing a mad rush to purchase NFT collectibles that are generally of very low quality…at least in my opinion.

It's like the rush that we saw at the start of the internet bubble, where investors were throwing mind-numbing amounts of money at companies that had absolutely no business plan.

That said, I feel that the Beeple piece is a legitimate digital artwork and it gives us a glimpse into what is possible with the future of NFTs.

I'm not a fan of creating NFTs on the Ethereum blockchain because of the high fees associated with transactions. If the Ethereum developers can figure out a way to dramatically lower the gas fees and increase transaction speeds, then it can truly be used for its intended purpose of Distributed Apps (DApps) and by extension, NFTs.

Until then, I'm going to be on the lookout for other NFT solutions that can help this market realize its full potential.

But most revolutionary ideas have a not-ready-for-prime-time first version, and this is no exception. I look forward to seeing where this will go and how it can be used by investors and traders to exchange valuable digital and real world assets.